Menu
GET A QUOTE
Will 3d printing replace cnc processing ? 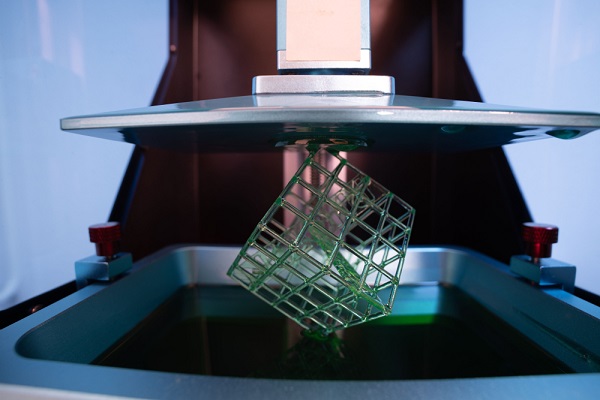 It is an emerging rapid prototyping technology.

3D printing is based on data design files.

A technique in which materials are deposited or bonded layer by layer to construct a three-dimensional object.

3D printing technology in the modern sense was born in the United States in the mid-1980s.

With 3DSystems and DTM

A group of American small and medium-sized technology companies represented

Stereoscopic solid-solid molding (SLA) was developed in the late 1980s and early 1990s.

Mainstream technical routes such as selective laser sintering (SLS) and fuse deposition modeling (FDM) have matured over the past 20 years of precipitation and continuous improvement.

The term 3D Printing was originally the name of a rapid prototyping technology invented by MIT to create products in CAD files in a short period of time.

With the passage of time and technological innovation, technologies such as rapid prototyping and additive manufacturing have gradually entered people’s lives. The media especially liked to use the word 3D printing to capture the eye, so now the definition of 3D printing in a broad sense. as follows:

1. According to the state of the material, including the additive manufacturing process based on liquid, solid, and powder.

2. According to the material properties, including the additive manufacturing process based on plastics, metals, and biomaterials.

3. As for the process of additive manufacturing, it is simply different from the traditional CNC lathe to cut the material, or to build the product layer by layer.

3D printing is mainly used in:

1. Some complicated parts or finished products

That is to say, most 3D printing technologies can break through structural geometric constraints.

And, therefore, in the processing of large components of certain structures,

Not only is the process difficulty reduced compared to the tradition, but the cost is also reduced.

F-22’s fuselage frame is made of titanium alloy forgings and 3D printing saves 90% of very expensive raw materials due to the superposition technology. In addition, it does not need to manufacture special molds, which is equivalent to material cost 1~2. The processing cost of the multiple is now only 10% of the original. Processing a 1 ton weight of titanium alloy complex structural parts, roughly estimated that the cost of the traditional process is about 25 million yuan, and the cost of 3D printing is much lower than the traditional process.

2. It is emergency products or quick-made products in certain industries.

The easiest is the military, giving the mechanical maintenance team

In most cases, land tanks and armored vehicles are damaged.

Exceeding a certain percentage, it was directly discarded due to cost.

For example, the most famous in the medical field is through 3D printing.

For example, it can be used to print a patient’s internal organ or tissue model to aid in the development of a precise surgical plan.

Medical 3D printing can be deeply customized without the need for external limbs that are compatible with biological tissue.

According to the US organization AmputeeCoalition, there are currently about 2 million people using 3D printed prostheses in the United States.

Then the problem is coming.

“It is only a matter of time before 3D printing replaces CNC machine tools?”

the answer is negative

There are many shortcomings in the current 3D printing technology.

It directly leads to its inability to replace CNC machine tools.

Defect 1: The problem of production ratio 3D printing has a large investment, and the return on investment is low, which is the biggest problem for enterprises. The core equipment is expensive, that is, the investment of 3D printer is large, and the consumables are expensive, that is, the cost of 3D printed plastic particles and metal powder is high. Compared with the price of ordinary aluminum of about 30 yuan a kilogram, the price of aluminum powder for 3D printing is as high as 135 euros (about 1000 yuan). At the price, it is not easy to love you in 3D printing.
Defect 2: Accuracy This is a common problem. The accuracy of 3D printing is not suitable for manufacturing most high-end industrial products. It is not possible to manufacture high-end industrial products independently, which directly leads to lower industrial added value of 3D printing. In the eyes of big companies, price is not the primary consideration, because they have patents, and most of the customers are as long as the quality is enough, the state-owned enterprises and military units will not hesitate to cost. At the same time, the process speed is not fast enough, the precision is not high enough to restrict 3D printing in many Field applications.
Defect 3: Types and Properties of Materials Although hundreds of materials can now be printed in 3D, high temperature plastics and some common metals are still not printed. In particular, metal is prone to deformation after printing due to heat treatment problems.
Defect 4: Limitations of mechanical design Because of the infinite possibilities that 3D printing brings to mechanical design, many industrial products should be redesigned and optimized, but this involves a major revolution in the field of upstream design. Traditional CAD software needs to be subverted, and traditional structural design should be developed in the direction of topology optimization, but these are not yet formed. In addition, 3D printing is not what you want to do, and some designs are impossible to print. For example, when using SLS technology, a completely hollow plastic ball. In addition, a mold manufacturer also asked whether it is possible to achieve a hybrid manufacturing of metal and plastic, which is still a challenge.
Defect 5: Post-printing of prints Under the current printing technology, the surface of finished prints, plastic parts can only be said to be acceptable, but can not be said to be smooth, metal parts are completely pitted, may not be as smooth as castings, so necessary grinding and Cleaning is hard to escape. But when polishing becomes a necessity, it is difficult to escape labor costs and time costs, and 3D printing is not so smart and convenient.
Defect 6: Cost Issues The current industrial application of 3D printing is still in the scientific research stage and requires huge human and material input. In fact, the financial resources are still good, the key is still lack of people. For enterprises, it is not possible to directly recruit mature talent resources, which is also a problem in the application of new technologies.
Defect 7: Self-problem 3D printer has a constant working time. It takes one day to do the same part, and one hundred is one hundred days. The speed will not change when the number goes up; under normal circumstances, it can’t bear long-term high-load work. The mass production manufacturing cycle is longer when it is included in the maintenance and maintenance time.
3D printing (additive manufacturing), its original intention is to make parts that are difficult to manufacture by traditional stamping, casting, lathe and other subtractive materials. The positioning of 3D printing is to help people improve the production capacity of personalized products, and provide engineers and designers with a new design and manufacturing approach to enhance the existing products or make up for their shortcomings instead of replacing traditional processes. Or compete with traditional craftsmanship. (Thinking like this, you will feel that the existence of 3D printing is taken for granted and will not cause too much impact on traditional crafts.) If traditional crafts such as lathe CNC is a large laser printer in a print shop, print thousands of sheets at a time. The same file is fast and saves money. 3D printing is your own desktop printer. You can easily modify the details of each file and make the product in front of you.

Have to have a good driver,

Maintenance must also be done, are imported accessories

There must be a flat highway, otherwise it will run on a bumpy road.

It is also impossible to run out of speed.

At first glance, all aspects of 3D printing have big problems.

There are not many Ferraris running on the street.

In peace of mind, China’s industrial processing level has always been in the middle and lower reaches of the international

After all, what will happen in the future world;