Menu
GET A QUOTE
What is the level of CNC part processing? 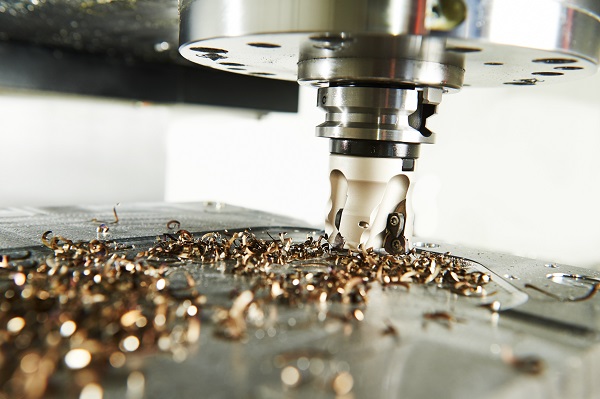 As the development speed of the industry is still relatively fast, the use of us has also brought about a particularly large effect. Their emergence not only speeds up production efficiency and reduces our cost, so it is a better one. Processing method, it is the processing of CNC parts in Dongguan, then what is the level of CNC machining?

CNC machining technology according to the characteristics of the parts to be machined, the processing range of CNC machine tools, reasonable selection of CNC equipment; programming should be based on the characteristics of the machined parts, materials, precision requirements, machine and tool stiffness, select cutting feed parameters; The program must take into account the comprehensive factors such as the tool’s starting point position.

China’s CNC machine tools CNC parts processing has improved in some respects. First, the level of medium and high-end equipment has increased rapidly. At present, more than 10 types of equipment such as automatic stamping lines for large-scale automobile covers have reached the international leading level, and import substitution can be fully realized. Precision horizontal machining centers form core technologies with independent intellectual property rights and flexible manufacturing systems. High-speed, composite and other high-end CNC machining centers have completed phased research and development, but there is still a certain gap between the functional performance and reliability and the international advanced level.

Secondly, the numerical control system moves forward. Since 2010, China’s high-end CNC systems have achieved more than 35,000 domestic high-end CNC systems in aerospace, energy, shipbuilding, automotive and other key areas, and achieved import substitution. Multi-channel, multi-axis linkage and other high-performance CNC system series products have broken the monopoly of foreign technology. The main technical indicators have basically reached the level of international mainstream high-end CNC systems, and have realized a variety of high-speed, precision CNC machine tools. The high-end CNC system realizes small-volume applications in key military enterprises. The standard CNC system developed has achieved mass production, and the domestic market share has increased from 10% to 25%. A number of industrialized production bases have been formed, of which Guangzhou CNC Equipment Co., Ltd. has formed an annual production capacity of 100,000 sets of various CNC systems, and its output ranks second in the world.

China’s CNC system has initially competed with similar foreign products, and has realized the mass export of CNC systems. From 2010 to 2014, it has exported more than 9,600 sets of various CNC systems, including nearly 700 sets of five-axis CNC system. Finally, the quality of the functional parts has been steadily improved, and the variety series has been continuously improved. The domestic functional components have been implemented in batch with the machine tool host; the tool products have basically the ability to provide modern cutting tools for the automotive industry. The application demonstration and batch matching of CNC systems, functional components and tools and CNC machine tools will help to form a complete industrial chain and promote the structural adjustment of the machine tool industry.

The above information is related to the CNC parts processing in Dongguan, China. If you want to know more details, please contact us.