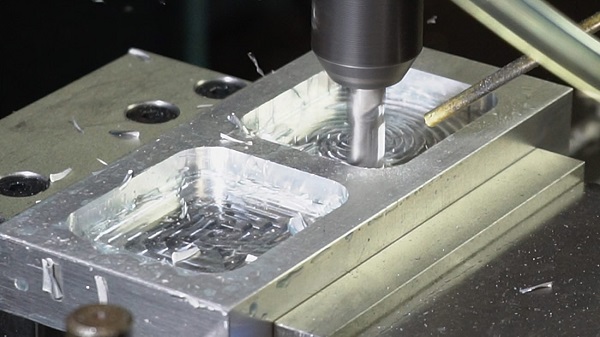 During CNC lathe machining, the tool moves from the starting point (or tool change point) until it returns to the point and accepts the path traveled by the machining program, including the cutting path (machining path) and tool introduction (feed path). Non-cutting idle strokes such as cut-out (retraction route) are called feed routes. In order to improve the machining efficiency, the movement from the starting point (or the tool change point) to the approaching of the workpiece part and the return to the starting point (or the tool change point) after the completion of the machining are all performed in a fast motion mode, and the retracting route of the CNC lathe machining system In principle, safety must first be considered, that is, the collision with the workpiece cannot be found during the retraction process, and secondly, the retraction route is minimized. Among them, safety is the first principle.

The diagonal line retracting method has the shortest route and is suitable for the partial knife retracting of the outer surface of the machine.

This kind of retracting method is exactly the opposite of the way of retreating the grooving in the end, that is, the axial retraction is first performed, and when the specified position is reached, the retraction is performed in the radial direction, and the retracting method is adopted when the boring is performed, and the boring is usually performed first. Retract the knife radially, then retract the tool axially to the outside of the hole, and then retract the line

PrevPreviousHow to cut off the CNC machining factory of parts, How to learn in a short time ?
NextCNC processing sequence arrangementNext